You’ll have seen me banging-the-drum about the new Director Penalty Notice liabilities, and in particular about retrospectivity, here.  Well the other aspect of the new laws was director personal liability for Superannuation Guarantee.  That bit is not retrospective but the first deadline arrives on the 28th November.  That is,  if a Director hasn’t caused their company to comply with its obligations to pay superannuation, then come 28 November, they’ll be personally liable for it.

Here are the time-frames:

A director can avoid personal liability by taking one of the following actions prior to 28 November:

Do nothing and eventually the ATO will pursue the director personally for the unpaid Super. 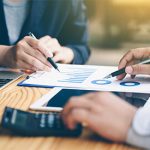